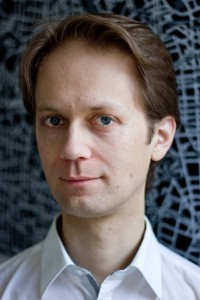 These days, it can occasionally seem as though there are no universal truths anymore. It is a notion producer Dirk Fischer keeps trying to disprove: “I, too, don’t think there is just one correct interpretation to a piece. In fact, it is exciting to hear different artists giving their unique view on something you’ve heard countless times before”, he says over a cup of coffee in his Berlin mixing studio, “However, I do believe in right or wrong when it comes to questions of performance and recording. Quality is absolute and something you recognise instantly. It is my job as a producer to make sure it isn’t lost in the process.”

Achieving this aim has been Fischer’s goal for the better part of almost two decades. After his studies at The Hague’s Royal Conservatoire, he started out as tape editor and freelance engineer for Polyhymnia International, the former Philips Classics Recording Centre. There, he worked as editor on the very first commercially produced SACD and on projects for artists such as Sir John Eliot Gardiner, Alfred Brendel, Seiji Ozawa and Lorraine Hunt Lieberson. Starting in 2007, he moved his centre of gravity from The Netherlands to Singapore, Hong Kong, mainland China and Russia. Working both with a carefully compiled mobile set-up and established studios, the traveling not only expanded his portfolio with contemporary composition and traditional music. It also brought him in touch with a new generation of artists who truly had something to add to repertoire about which everything already seemed to have been said.

This idea of making supposedly exhausted works come to life again is audible in the CDs Fischer recorded during these years and beyond, for labels such as Naxos, Delos, BIS and Brilliant Classics: Erik Bosgraaf’s celebrated transcription of Vivaldi’s Four Seasons for the recorder. Dmitry Kouzov’s energetic rendition of the Shostakovich Cello Concertos. Beethoven’s Symphonies No. 3 & 8 under the baton of Paavo Järvi, which was awarded the esteemed Preis der Deutschen Schallplattenkritik. Crucial to all of these recordings has been a close artistic collaboration between the recording team and the musicians:“A big classical music production is often burdened by diverging interests. Everyone wants to have their say, but no one will ever be as close to the creation of the music as the artist and the producer. So it is our responsibility to make sure the results are coherent and faithful to the original concepts.”

Despite these highly specific aims, Fischer’s production philosophy is strikingly simple: Conveying the immediacy, dynamics and in-the-momentness of a live concert on a pristine quality studio recording. To be able to truly realise this standard without compromise, he returned to Europe to establish a new permanent studio in Berlin, one of Europe’s leading cultural metropolises, next to founding ensemble das freie orchester Berlin, production company EvenFlow and his label Solaire. With a variety of projects scheduled for 2015 and beyond, there is no time to sulk over the supposed crisis of classical music:“People talk about a crisis all the time, but there are still plenty of fascinating concepts out there. We just have to make sure they get realised and sound as great as they possibly can.”